According to Ms. Hong, the situation of dead fish began to take place from the morning of July 3 and lasted until the afternoon of today (July 4). Most of the dead fish were small and medium-sized tilapia. “In the morning of July 3, the Drainage and Wastewater Treatment Company sent workers to collect dead fish for treatment. Because the fish continued to die today and floated to the surface of the lake, the unit is coordinating with related units. authorities to urgently collect dead fish and take them away for treatment,” Ms. Hong informed. 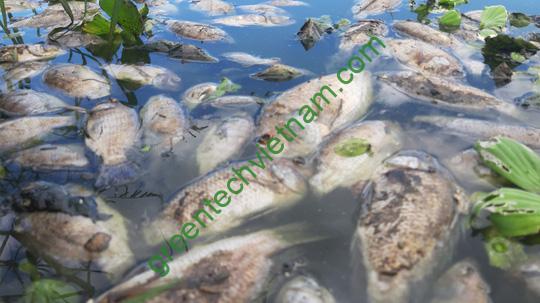 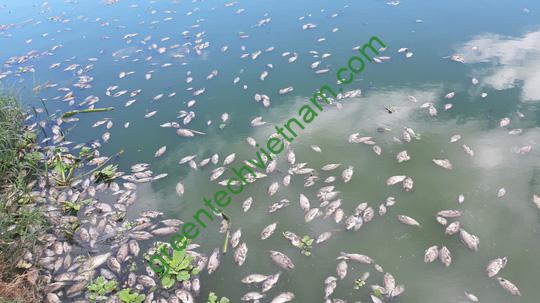 Ms. Le Thi V. (living on Nguyen Tuong Pho Street, Hoa Minh Ward), said that after the recent rain, dead fish began to surface on the lake. By this afternoon, dead fish had floated so densely that people were worried. 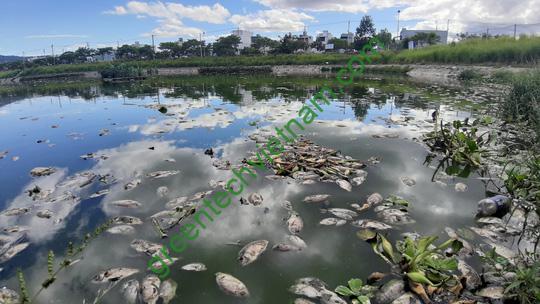 As of the afternoon of 4-7, the status of dead fish has not been collected by the environmental unit to avoid pollution It is known that Trung Nghia regulating lake has an area of more than 2 hectares. This is a lake that receives a large amount of untreated wastewater from Yen The – Bac Son open canal area (Thanh Khe district) to Phu Loc river.